Last weekend our friend Nancy was up in Lubec for a run. Monday she drove south, we drove north, and we met up at Acadia National Park. We had lunch in Bar Harbor, then drove the park's loop drive with lots of stops to admire the shore, and finally drove up to the top of Cadillac Mountain.

Posted by Postmaster at 8:17 PM No comments: 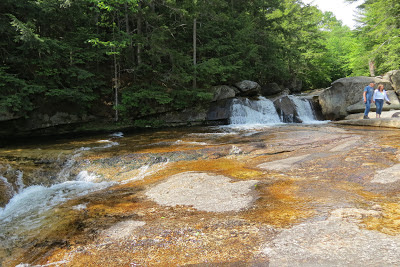 Today was free entry into all Maine State Parks, so we opted to try Grafton Notch State Park to look at some of the waterfalls. Mother Walker Falls were distant and unphotogenic, Moose Cave didn't have falls, but Screw Auger Falls was delightful. Except when I slipped in the water and dunked my camera. My camera may not recover. 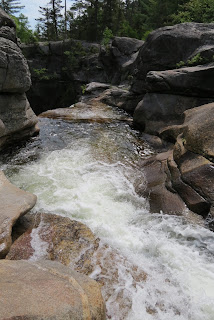 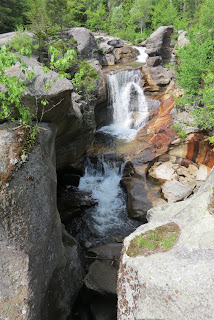 Posted by Postmaster at 6:50 PM No comments:

Two weekends of rain, plus plenty of it on weekdays, meant our yard was becoming lush and green.  Memorial Day turned out to be a warm and sunny day and we both had it off so it was a great day to do yard work. Or go on a road trip!


We chose an inland destination knowing full well that most people would be heading for the ocean. Not too far away was what is often called the Artists' Covered Bridge as it is thought to be the most photographed and painted, Sunday River Covered Bridge in Newry Maine. The main route to it is designated on our maps as a scenic route and would go through areas I had not photographed post offices in. Close to the end, and easily encompassed in looping back toward home, were a couple of big sales (one yard, one plant) that Carrie found listed online, so we were in total agreement on the itinerary.

The drive was indeed scenic and we took our leisure on it, stopping at a few yard sales and a couple of book stores. Rumford's downtown is on an island, where the post office, a nice bookstore, and a few buildings with interesting fiddly bits were located. At these stops we bought a bunch of books, postcards of small towns in the area, some Dell comics, accessories for our existing toys, and more.


Best find was at the first bookstore we stopped at. They had an outside tent with all books under it being a buck apiece. I saw one of the yearbooks the Post Office puts out about their commemorative stamp program. I never was interested in paying the fifty bucks asked for to get a fancy hardcover fluff piece, but for a dollar I figured it might be nice just to see. I reached for the book and noticed there were several. Well, I was willing to pay one dollar for one, but didn't really want to invest more in books I knew wouldn't give me much information I didn't already have. I started wondering if I was even willing to spend the single dollar. But then I saw one of the books still had the set of stamps originally included with it. I looked through all five of the books, three had the stamps. I invested the three dollars and bought them. When I got home I tallied up the face value of the stamps and found I got almost $65 worth of stamps for those three I spent! And since they were mostly thirty-four and thirty-seven cent stamps, I will be able to use them as the postcard rates go up in the future.

Posted by Postmaster at 6:45 AM No comments: 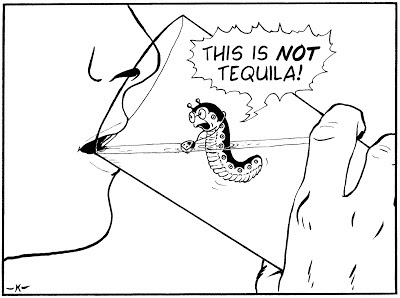 See also Tom Cherry and Dale Martin.
Posted by Postmaster at 7:57 AM 1 comment: