Up, Up and Away

This morning we went to the annual Lewiston/Auburn Balloon Festival. For the first time! What took us so long? Easy parking, manageable crowd, nice balloons. We watched lots of them set up and take off.

Posted by Postmaster at 10:15 AM No comments:


Carrie got a Groupon for a sailing trip, but the day we were scheduled for was rather poor weather, so the Captain agreed to extend the discount for another date.

The new day had much better weather and we actually could see things.


We saw sailboats, we saw lighthouses, we saw wildlife. We also saw a lot of open flat expanses of water. We almost fell asleep during those parts.


But it mostly was a fun and pleasant experience.


click on a yardarm to enlarge any picture
Posted by Postmaster at 11:14 AM No comments:

of July that is. 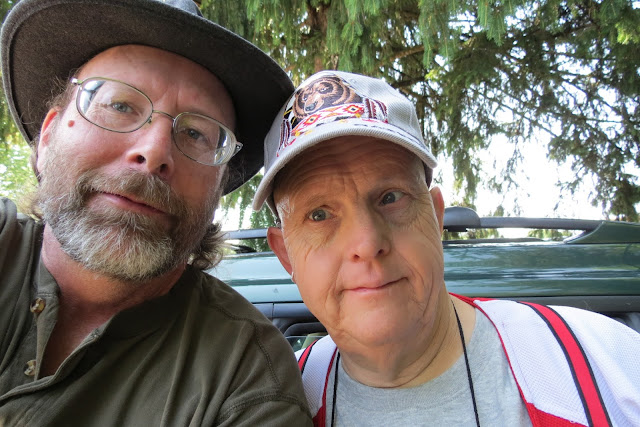 Carrie's brother Ross came out for his annual visit during the summer for a change. 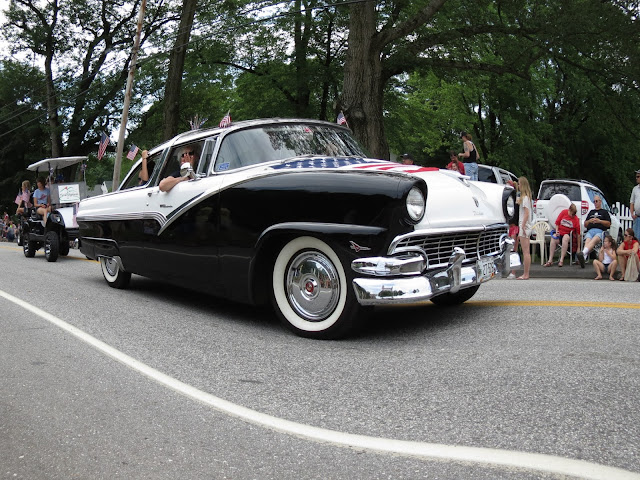 We took him to Turner for their Library Book Sale and parade. Since the paraders often tossed candy to the crowd, he liked it very much. Plus he does like patriotic things and people waved back at him, so he felt a part of the event. 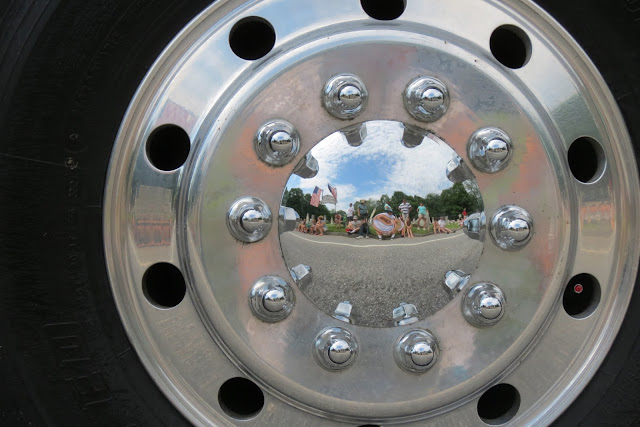 If you look closely, you can see us reflected in this hub cap. 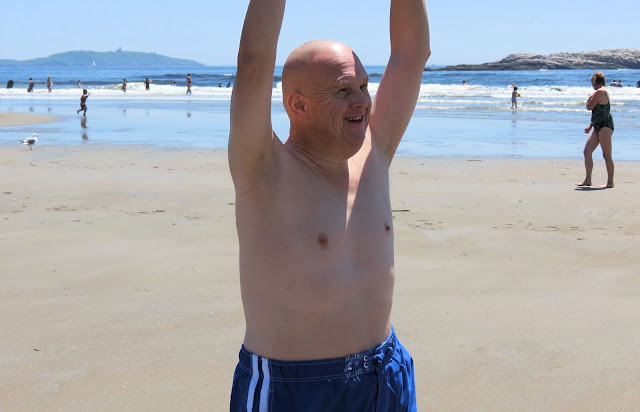 We also had a day at the beach, which he loved once he stopped being afraid of the waves.

We took him to some swap meets and flea markets as he has liked those in the past, but the days were so muggy he really didn't like the effort. And we took him to his favorite local restaurant, Tintin's.

Some where in all this, Carrie took him out to see some local fireworks displays. I stayed home to comfort the animals and man the garden hose just in case. Fireworks are now legal in Maine.

Posted by Postmaster at 3:41 PM No comments: